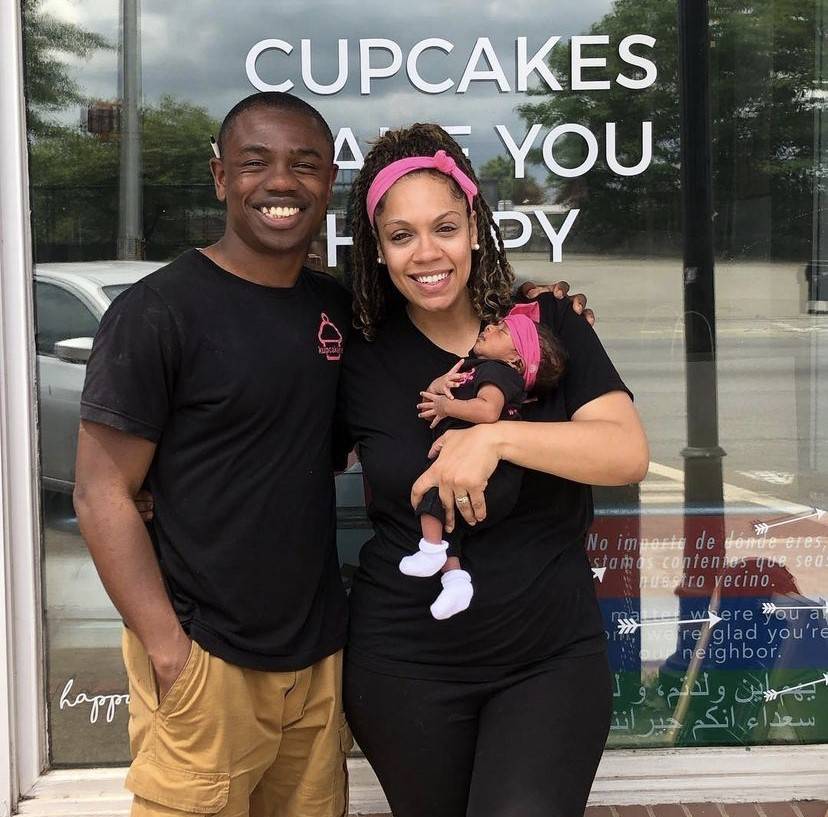 Where the Magic Began

Kupcakerie is the premier place to get cupcakes for any occasion. Make weddings, birthdays, baby showers, and other events special with our moist and delicious treats. Send cupcakes to your favorite people and watch their eyes light up with glee. They're way more tasty than flowers. Heck, you can even send some cupcakes to yourself! We never judge. Whatever you can think up, we can deliver. So, how did this incredible story of irresistible cupcakes come to be? Funny you should ask.

Kupcakerie is the brainchild of Henry and Kascha Adeleye. It all started when Kascha baked her first cupcake without the help of the ready-made boxes you find in grocery stores. She was so excited to be able to accomplish this feat that she went cupcake crazy and started experimenting with every flavor imaginable. The dream became so real that she started to contemplate opening her own cupcake shop.

Fast forward a year or two, the dream was still just a dream. Armed with superhuman optimism after reading the Steve Jobs biography, Henry was eager to go into business but was unsure of what type of company to try his luck with. With much thought and consideration, he decided to make this cupcake shop a reality, hoping to combine it with an idea he had for a coffee place. Shortly thereafter, Kascha joined him. After countless months of planning and raising funds, the dream was finally alive...or so it seemed. The unexpected happened: One of the backers changed his mind and threatened to keep the world from experiencing the delectable treats Kascha and Henry had so desperately been working on.

Undeterred, they came up with a brilliant idea: Sell cupcakes online! They thought long and hard on which flavor to start with, and after much scientific analysis (not really that scientific), decided to give the world their best recipe, a cream-filled red velvet. On September 2, 2014, Kupcakerie was officially born, weighing in at 0 lb., 0 oz., because it was a website and not a baby and websites don't weigh anything. On May 2, 2016, their first storefront opened in downtown East Point, GA. The rest, as they say, is history.